I found this by accident on Wikipedia while looking up something else. Fannie Lou Hamer, who later became a reknowned Civil Rights leader, was given a hysterectomy at the age of 32 in order to prevent her from producing children.

If you don't know what happened to Hamer during the voter registration drives of the 1960s, what the police did to her, you really need to.  So please google her name.

Hamer had gone into hospital to have a tumour removed, and during that surgery, the hysterectomy was performed without her consent. This is just another way Black women's reproduction has been controlled by the authorities for generations.

If you have listened to my Cancer Journals, you know that I had a hysterectomy last year as a result of my diagnosis of ovarian cancer. Prior to that, when I was still of childbearing age, two different doctors at two different London hospitals try to force me to have a hysterectomy.

Hamer's surgery was performed in 1961 and she later coined the phrase “Mississippi appendectomy” because this practice was very established as a way of removing and preventing Black women's ability to reproduce. So this tactic, which was common in Mississippi in the early 1960s, was still being employed in London in the 1980s and '90s. I was never given any good reason or explanation for why I should undergo this surgery until my cancer diagnosis last year.

Experiments on Black women formed the basis of gynecology. For more about this, see:

Anarcha, Lucy and Betsey: The Mothers of Modern Gynecology.
.

Please leave your comments below and please share this with your networks. Thanks. 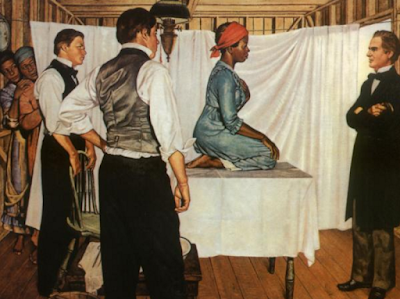