Black Maternity Deaths in the UK 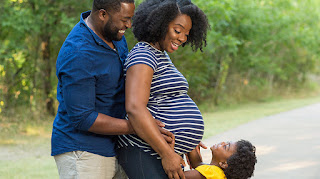 As I stated in my recent blog post on Stylist’s Black British Women’s Census, Black women are four times more likely to die in childbirth as are white women in the UK.

A report on Black women, Racism and Human Rights produced by the House of Commons and House of Lords Joint Committee last year (2020) showed that Black women were five times more likely to die in childbirth, or within six weeks after childbirth, than were white women. This figure has now dropped to four times, but this drop is not considered to be statistically significant.

The report concluded that Black people’s human rights are not equally protected.

The report found that “over 60% of Black people in the UK do not believe their health is as equally protected by the NHS compared to white people”.

It also found that “85% of black [sic] people are not confident that they would be treated the same as a white person by the police”.

Asian women are twice as likely to die in childbirth as are white women.

You can read the report here or read the summary, conclusions and recommendations here.

According to Dispatches, the system knows there is a problem but has no targets to end this.

Maternal deaths are not the only issue here. A “near miss” is defined as a life-threatening complication or morbidity during or within six weeks after childbirth.

Several women described their experiences of maternity care, and mistakes that were made, and there is an ongoing issue about Black patients not being given sufficient pain relief.  This happens on both sides of the Atlantic.  One of the women interviewed was an NHS Consultant who had experienced poor quality treatment as a patient.

I have personally had my own experience of having two different NHS doctors at two different London hospitals try to pressure me into having a hysterectomy I neither needed nor wanted. This was NOT maternity related. It has echoes of what Fanny Lou Hamer called the “Mississippi appendectomy”.

Five X More is an organisation of Black women challenging the statistics and offering mutual support to mothers.

Their petition on addressing disparities in maternity care, which they posted in March/April 2020, has obtained 183,000 signatures, which means it will have to be discussed in Parliament. Five X More found that many mothers were not aware of the statistics.

This reminds me of the Windrush Scandal, where people who were targeted were unaware that many thousands of people were going through the same ordeal.

Five X More have stated that they want:

1) An explanation as to why there is this disparity of maternity care for Black women and white women; and

2) Action to be taken to address this issue.

Their target is for 85% of women to receive continuity of carers, i.e. the same midwife and team, throughout pregnancy and childbirth.

If we really believe that Black Lives Matter, we MUST address disparities in healthcare for Black men and women. 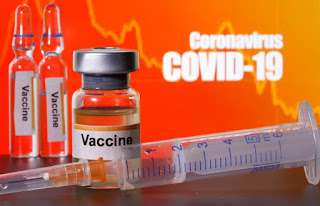 According to a recent survey in The Guardian, 72% of Black People are Unlikely to Have the Jab in the UK.

Apparently, we are too distrustful of the National Health Service and/or the health industry.  We don't trust the vaccine.  This despite (or because of?) the fact that we disproportionately tend to be employed within the NHS.

On a slightly different note, please can we stop with this "BAME" nonsense?  "BAME" is NOT a word and I am NOT a "minority ethnic".

For resources to help us get through the covid-19 pandemic, including relaxation, music and more, go here for Coronavirus Resources.  These include information on how to grow and develop your financial wealth, abundance and success.

Are you going to have the coronavirus vaccine?  Or have you already had it?  Please comment below and please share this with your networks.  Thanks.