Transform Your Health, Wealth and Success 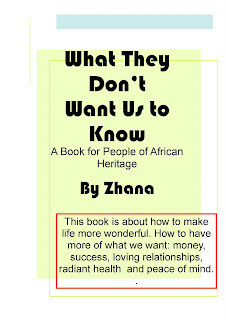 In order to change our lives, we first need to change our thought patterns. Often, we have carried these thoughts, beliefs, attitudes and assumptions for so long that we don't even realize we have them anymore - it's as if they have become a part of us.

I have posted lots of articles about methods which can help you in your healing process. These practical methods have helped many people, even people with serious health problems such as diabetes, cancer and Alzheimer's, as well as people who need relaxation, pain relief and more.

Plus, click here to find out what they don't tell you about how to make the Law of Attraction help you sort out your money stuff and achieve financial wealth.

The Higher Self - Use SRT to bring about dramatic changes.

Achieving Fabulous Success - Does what it says on the label. Plus download free ebooks on pain relief, relaxation and more, and watch free videos.

Click here to change Your Life with Core Conditioning . If you are not getting the results you want, you may need to go deeper.

Click here for a free ebook with the Ultimate Relaxation Story.

One of the main reasons we have trouble manifesting what we want is that we have emotions that block us: fear, anxiety, worry, resentment, anger, depression, sadness. Any or all of these emotions may be at play in stopping or preventing us from attracting money, love and all the good things in life that we deserve. Click here to read more.
Posted by Zhana21 at 5:05 AM No comments:

Are there limits on

- what you can earn?

- how many customers you can attract?

- how much wealth you can accumulate?

If so, you need this free audio.

Blast through your limiting beliefs and limited expectations.

These beliefs are often unconscious. But you can uncover them and change them now.

If it "doesn't seem possible" to earn at the level you want to achieve,
click here to download this free audio now.

Click here for a free belief busting ebook and mini-course to blast your limited money beliefs and transform your results.

Meridian tapping can improve your results and change your life. It is very easy and simple to learn, so start now.
Posted by Zhana21 at 5:01 AM No comments:

I recently attended an event about Black women and breast cancer. Here's what I learned:

However, more Black women tend to die of breast cancer because they tend to develop a more aggressive form of the disease, which appears at an earlier age.

This can lead to women’s concerns being dismissed by doctors who think they are “too young” to have to worry about breast cancer.

There is not enough information available about how this disease affects Black women. Doctors and healthcare professionals, including cancer charities, tend to be unaware of the issues Black women face.

Breast cancer can be caused by common household chemicals, including some Black hair care products, those which contain paraffin, parabens, mineral oil and N\pS./

Maria Raime gave a very moving presentation based on her own personal experience.

When she first discovered a lump, Marina went to the GP twice and was turned away.

Young women often struggle to get a correct diagnosis.

When she was diagnosed, Marina needed information about breast-feeding and infertility.

She was treated at the Royal Marsden Hospital, which is classed as a Centre of Excellence in treating breast cancer. However, the second time she had the disease, she presented with a rash and was told it had been caused by laundry detergent, even though she was a cancer survivor.

After her double mastectomy, she was offered a white prosthesis.

She found that the literature on breast cancer was for older women and contained images of white women.

She did not receive any co-ordinated care as a pregnant woman with breast cancer.

After her charity, Better Days Cancer Care, set up their website, they received phonecalls from people asking “Why do you only have images of Black women on the site?” and “Why are there no images of white women?”.

The site was hacked by a hater, and all the research data was removed from the site.

Marina emphasised the importance of claiming ownership of the Black breast – our breasts are ours.

Betterdays are now working with Kings Healthcare Trust in a project led by Harold Freeman, an esteemed breast cancer expert from Harlem.

This event was held by London Black History Walks. They will repeat this event in July 2010.

On another note, many people have been cured of cancer and other serious diseases using Spiritual Response Therapy (SRT). For more info, see The Higher Self.

Books about Using Food to Prevent and Treat Cancer

Cooking with Foods that Fight Cancer
What To Eat if You Have Cancer: Healing Foods that Boost Your Immune System